Is 3D Bad For Your Child’s Eyes?

Stay up-to-date with the latest from 2020 On-site 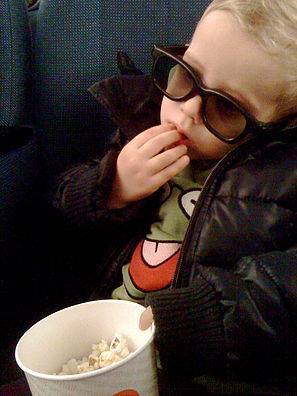 Warning - 3D Feature Only For Children 7 And Over. Viewing of 3D images by children 6 and under may cause damage.”

This is an actual warning label that has given parents some concern over their child’s new favorite toy, the Nintendo 3DS. There has also been spillover, with parents now worrying about 3D movies as well. All of this begs the question: can 3D images really damage your child’s eyesight?

In fact, the American Optometry Association (AOA) suggests the opposite; 3D gaming may actually be helpful for children. It can serve as a way to detect visual problems in a child early. For example, children who have amblyopia, lazy eye, or strabismus tend to experience headaches or eye strain when viewing 3D. Thus, 3D games can alert a parent to the fact that their child may may have an eye problem. So if you notice your child experiencing such symptoms when playing a game or watching a movie in 3D, it'd be a good idea to schedule an appointment for him/her to see an eye doctor.

Studies are still ongoing, and there has yet to be conclusive evidence that 3D gaming or movies can either help or hurt a developing child’s eyes. Companies such as Nintendo err on the side of caution by recommending that children under 7 do not use the 3D functions. This is understandable, as they do not want to be held liable until conclusive studies determine that 3D does not harm a developing child’s eyes. On the other hand, some ophthalmologists and optometrists state that 3D viewing can be helpful in detecting visual problems early.

How to Protect Your Eyes: Safety Tips to Prevent Eye Injuries
WHEN DO I NEED TO HAVE AN EYE EXAM?
HOW YOUR EYES CHANGE WITH AGE